RUPTURE - You're all Fucken Scum: Live at the Castle LP 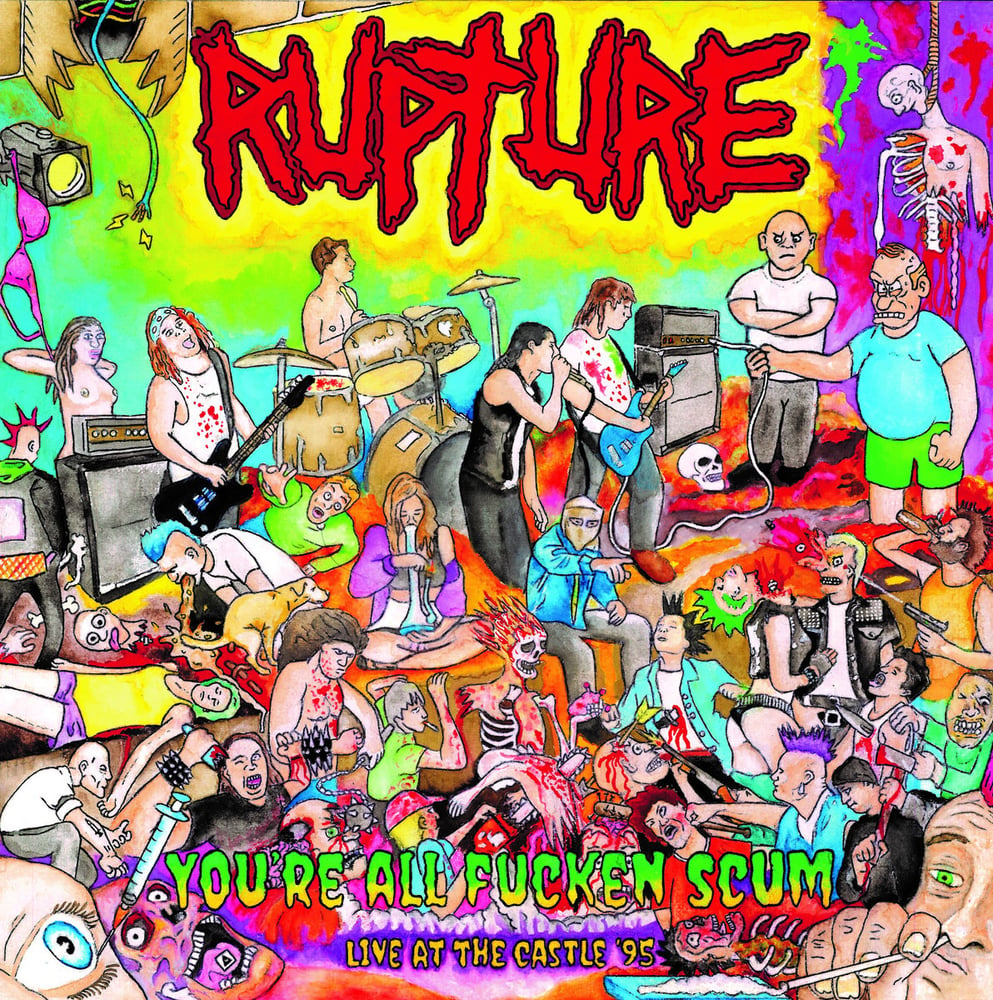 The most ridiculous live recording you'll ever here.. recorded at the shithole that was the Castle.

The legendary offensive Perth punk band with a global following finally sees the release of this live album, recorded at the Castle Hotel in Perth, 1995 (on Mother's Day eve - that's important).

Straight from the horse's mouth: "This could be the most exotic live album since The Worst Of Elvis. RUPTURE take the stage and proceed to tear their home town a new arsehole as they struggle to finish a song in a battle against stage invading security and punter alike. There will never be another band like RUPTURE, like there'll never be another record like this."